Our customers request almost exclusively request American bald eagle urns because of what it represent to us as Americans. freedom, patriotic sentiments and the majesty of America and it’s natural beauty.

The bald eagle was not the first choice for our national symbol by all of the founding fathers. In fact, Benjamin Franklin wanted the Turkey to be our national bird and symbol. Thankfully he was outvoted and the Bald Eagle was chosen.

Many cultures in the world now and in the past have used eagles to represent admirable qualities in us and mankind.

Since it takes off upward, the falcon is an image of the revival or climb of Christ. By expansion, the bird symbolizes absolved Christians, who have emblematically kicked the bucket and ascended with Christ.

“But those who hope in the Lord will renew their strength. They will soar on wings like eagles; they will run and not grow weary, they will walk and not be faint.”

Golden Eagles and Bald Eagles considered sacred within Indigenous people’s traditions, culture and religion. Even their feathers are sacred and eagles are revered with the deepest respect and honored as such. They are revered as sacred animal who represents truth, bravery, strength, freedom and wisdom.

Since eagles are viewed as such an amazing creature even of powerful medicine, the chasing or killing of them was confined by numerous taboos. Eating them was illegal in numerous tribes; in certain legends, an individual who eats eagle is changed into a beast. In certain Plains Indian clans, quills were required to be culled from a live eagle in order to abstain from murdering them. In Southeastern clans, medicine men were the only ones of the tribes that were allowed to kill and eagle. In the Cherokee clan, even Eagle-Killers were just allowed to kill hawks during wintertime.

Eagles are likewise one of the most represented bird across the board by Native American societies. Some of the Tribes with huge eagle representation are the the Chippewa, the Hopi, the Zuni and other Pueblo clans of New Mexico, Plains clans like the Caddo and Osage, and Northwest Coast clans like the Haida, Kwakiutl, Tsimshian, and Tlingit. Hawk was a significant group peak on the Northwest Coast, and falcon structures can regularly be discovered cut on chain of commands, stately staffs, and other conventional Northwestern workmanship. What’s more, numerous eastern clans, for example, the Cherokee, have an Eagle Dance among their innate customs. They are depicted on pottery and many other items just as we have designs of eagle urns that represent similar meaning.

Ancient Greeks;
The eagle was the carrier of messages to the Greek God Zeus, associate degree Zeus took the shape of an eagle once he carried his young lover Ganymede to Mt. Olympus.

As we can see, the Eagle is represented in many religions that goes back thousands of years. It is interesting that every religion and culture though they may have different mythology behind the story of the eagle, what it represents in every culture has interesting similarities.

When you choose an eagle urn, you are choosing to honor your loved one with a symbol that not only reflects who we are as Americans, but the symbolism that the world had been using or thousands of years to reflect what values we share as a human race. 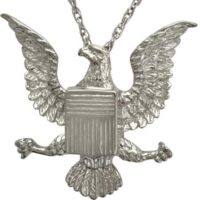 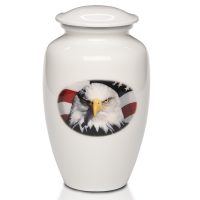 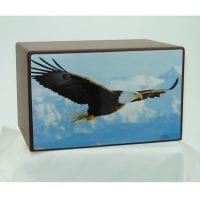 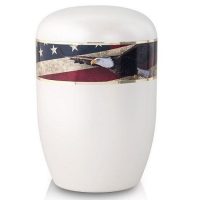 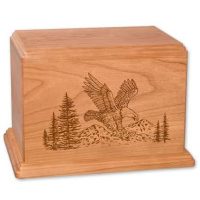 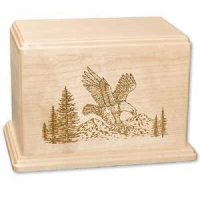 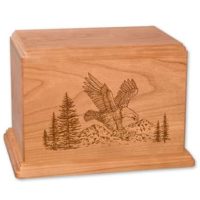 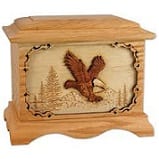 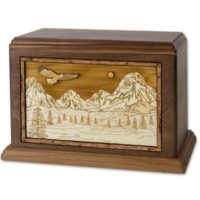 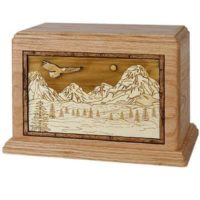 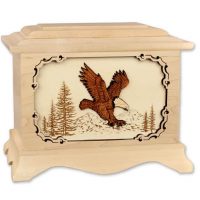