The History of Burying Cremation Urns 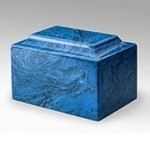 Although many people might expect that burial urns have been used for a lot longer than they have, the actual ritual and mentality behind these kinds of urns is very much different to what you may have expected in the first place. Having looked into this considerably over the years, we understand the importance of knowing the culture and style behind the products we sell – and this includes the history of burial urns.

Burial urns have a long and proud history, and have been used in various forms of civilization over the years, ranging back as far as 7000BC. These have been found in some of the earliest Jiahu sites that are located in China, as well as places like Shaanxi and Yangshao – of which some of the urns come from the years 5000-3000BC. These various forms of urn make sure that we know just how long these have been used for.

To begin with, burial urns were used for children rather than adults although this changed and adapted depending on the grouping that you are involved with. For example, the old Kings of Bavaria used to keep their hearts in an urn after they died. In terms of the typical cremation urns, though, these were used by the Chinese civilizations noted above as well as a whole host of different Pre-Columbian cultures that have spanned the length of time.

Romans, for example, used to place the urns in large tombs that acted as a place for many souls to rest instead of just individual placing throughout time and history. This makes a massive difference in terms of the way that the burial urns come together, and ensures that large resting places became a common thing. The history of burial urns has changed quite a lot as new discoveries are made; however, as it was found that during the Bronze Age in England the urns were hidden carefully and expertly, as was detailed in Sir Thomas Browne’s compendium – Hydriotaphia or Urn Burial.
In the modern world, the change and growth in the burial urn culture has been quite remarkable. Cremation urns tend to be made in various styles and formats now whereas it was very common to have a template style to pick from back in the day.

These unique urns tend to be made from eco-friendly urns, too, making sure that they are going to be suitable for everyone to use for funerals and without leaving any kind of effect on the planet. In fact, some burial urns are now planted with a seed inside to help foster the growth of a tree over time – this helps to symbolize the rebirth of a fallen loved one.

The burial urn, though, has become far more popular than it was at the start of its tenure as a “thing to do”. Now, it simply stands as one of the most effective ways of people looking after the remains of a loved one who has passed on.